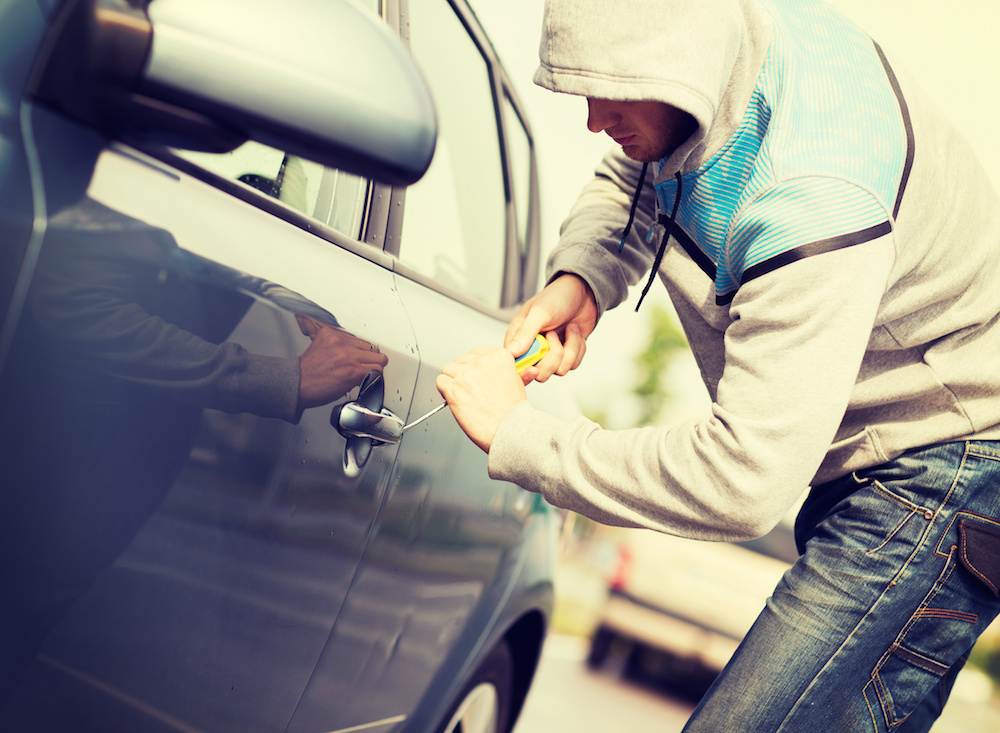 One summer evening, the police held an informative training session for residents who wished to learn more about personal safety.  In neighborhoods all across town, cars were broken into, and thieves had taken cell phones, iPods, purses, wallets and countless other valuable items.  The police office at the lectern asked the crowd how many people left valuables in plain sight whenever the car was unattended.  Few hands were raised.

The primary points of the lecture included:

·       Never leave valuables in the car when you leave the vehicle unattended outside of a locked garage.  Hiding items in the trunk or under something is insufficient protection against theft.  Once the driver parks the car, he is in full view of thieves who are observing from somewhere in the lot.  Actions taken to hide objects points out their existence to criminals.

·       Never leave the empty mounting devices for GPS’s, cell phones or music players on the dashboard or windshield.  Remove all charging cables and accessories from the car as you leave.  The visible evidence of these items encourages the thief to break windows to find the electronic equipment used with these accessories.

·       Always park your car under light posts where other people are present, especially after dark.  Be aware of your surroundings as you exit the vehicle.

·       Never leave your house keys or the garage door opener in your vehicle.  These items can be used in conjunction with personal information in the car to find your home address and commit burglary there.

Police officers conducting the training session noticed nods of agreement and a few jabs in the ribs in the audience.  Knowing glances were tossed between family members to remind young drivers and spouses of the importance of following all of the officers’ recommendations.  Everyone felt rather smug about their safety knowledge until two officers entered the room from the back during the question and answer session.

One especially burly police officer stepped up to the microphone and asked the crowd if they understood the importance of the points that had been made.  Nods of agreement were offered with enthusiasm.  At this point, the officer began to read from the page of paper in his hand:

·       “A white sedan in the front row had a cell phone plugged into the charger and left on the seat.”

·       “The green pickup in the corner of the parking lot had a woman’s purse in plain view on the console.”

·       “A blue SUV in a handicapped parking space had a GPS holder on the windshield under a light post.”

At this point, the officer looked at the crowd and asked, “do I need to continue?”  Audience members shuffled nervously in their seats as the police officers allowed the statements to sink in deeply.  Another officer stepped to the lectern and made his point, “As your police force, we strive to protect your lives and property.  And we hold these sessions in the evenings to make each one easy to attend.  Your job is to follow these pointers and reduce the number of ways in which your belongings are available to thieves.”

Nothing would have been more effective for the citizens than to realize that most of them had ignored common sense when they left their cars in the parking lot.  Police officers illustrated the point without reprimanding any citizens or confronting the owners of each vehicle.  Citizens took more care in removing valuable items from their cars after that evening.  Crime in the area has decreased since the news story was broadcast on every television station in the area.

Use the quick links below to view details on our popular services: