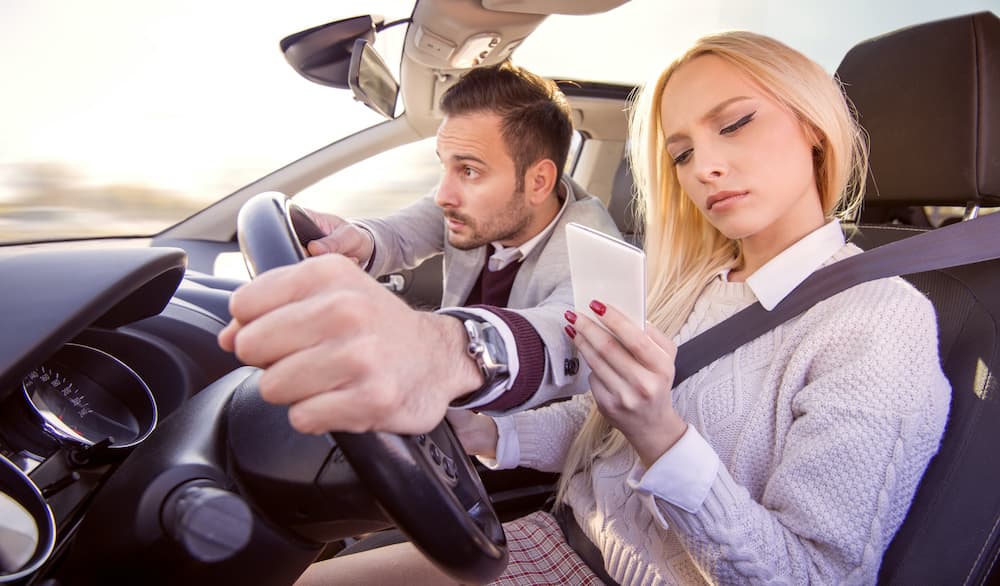 Getting stuck in I-5 traffic was already pretty maddening 10, 15 years ago; but think of the added outrage you felt the last time you realized the knucklehead who just cut you off was trying to send a text instead of keeping his eyes on the road. Gaaaahhhh! Wait till you’re parked, people!

The Washington State Legislature recently addressed one of the most frustrating and dangerous aspects of driving in the 21st century with its new Driving Under the Influence of Electronics Law.  It was drafted in response to a 32 percent increase in deaths from distracted driving from 2014 to 2015, and you’ve likely read a few rants about it on Facebook this month (but hopefully, not while you were driving.)

There is still a bit of confusion regarding what you can and can’t do under the new law, so we here at Collision Specialists thought we would address some of its highlights.

Q: So when did the new law take effect?

A: There was a proposal to delay enforcement until January, but Gov. Jay Inslee was having none of it. “Public safety is better served by implementing this bill this year,” he wrote in his partial-veto message.  So the new law went into effect on Sunday, July 23, meaning you had best keep that smartphone holstered until you get to where you’re going (unless you’re using it in one of the legal ways that we’ll get to in a second.)

Q. What activity does the new law ban?

A: Texting while driving was already illegal, as was holding a cellphone to your ear while talking. The new law bans additional handheld device uses, including composing or reading texts and taking photos. Sure, that rainbow looks cool, but putting it on Instagram isn’t worth the risk of killing or injuring someone (possibly yourself.)

We know what you’re thinking: I’ll just wait until I get to the next red light and bang out a quick message. Don’t do it. Police will still give you a ticket, even if you were alone at a four-way stop when they pulled up behind you. Your best bet is to either wait until you arrive at your destination, or to pull over to a place where your vehicle “can safely remain stationary.” The law also addresses other forms of distracted driving including smoking, grooming, eating and reading, which are listed as secondary offenses.

Q. So what about the Garmin I rely on because I have no sense of direction?

A: Drivers can still use cell phones and other navigation devices that are mounted in on a dashboard cradle or in the dashboard itself. The new law permits “minimal use of a finger” to activate an app or device.

Q: What other gizmos can I use legally?

A: Amateur radio equipment and citizens-band radio remain legal. It is also legal to make an emergency 911 call.

Q. What are the penalties for breaking the new law?

A: A first offense costs $136. Get caught a second time and the fine goes up to $236. Additional fines may be tacked on for secondary offenses (outlined above); and all of that is not to mention the hike in your insurance rate is sure to follow since tickets go on motorists’ driving records and are reported to their insurance providers. Seriously, that Snapchat you’re dying to send just isn’t worth the risk to your safety or bank account.

You will not find a better body shop anywhere!…

The service is absolutely amazing. Smardaz (another reviewer) sums it up perfectly when Cody is described as the most standup guy I’ve ever met. The work is immaculate, too. My whole family has used Cody’s shop for many years. Highly recommended.