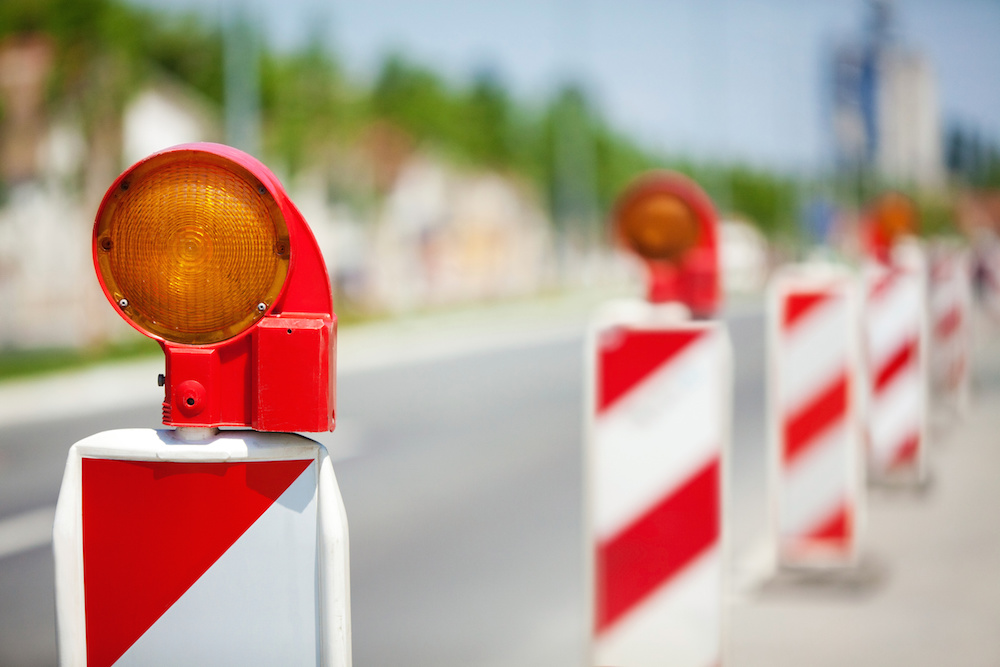 There are lots of construction projects underway all over the state this summer, including several along the busy stretch of the I-5 corridor that many of us travel daily in Pierce, King and Thurston counties. Not only can construction create frustrating delays, as traffic suddenly narrows to one or two lanes, it creates conditions that require you to be more alert and responsive than usual. So we here at Collision Specialists thought we’d provide a few friendly safety reminders on how to navigate Puget Sound’s ever-evolving roadways safely. Here are a few things to think about before you embark on your daily commute:

For starters, slow down! You may feel is if you’re saving a lot of time by driving 10 miles over the speed limit; but in reality, you’re only shaving about five minutes off of your commute to Seattle while opening yourself up to the liabilities of costly speeding tickets or an accident if you’re slow to notice traffic slowdowns ahead. By the way, a ticket for speeding or improperly passing in a roadway construction zone double, and anyone caught recklessly endangering the lives of workers in that zone can have his or her license suspended for 60 days. So take posted speed limit reductions seriously, and don’t speed back up until you see roadway signs indicating it’s safe to do so.

Scan ahead and maintain a safe buffer around your car. More than 80 percent of accidents can be avoided if drivers have an additional second to react, according to the National Highway Traffic Safety; and the Washington State Driver’s Guide recommends that you pay attention to what’s happening 15 seconds in front of you, even under optimal circumstances. You can gauge how far 15 seconds is by choosing a landmark and counting how many seconds it takes to reach it.

In a construction zone, its doubly important to slow down and leave plenty of room between you and the driver in front of you. Keep a safe distance between your vehicle and traffic barriers, trucks, construction equipment, and workers.  Never pass on the shoulder, and don’t drive across the median. Also, leave yourself a way out: when stopped in traffic, leave a safety zone between you and the vehicle in front of you – you should be able to see the bottom of the tires of the car.

Don’t give in to road rage. Not everyone follows that last rule, obviously, and sometimes you’ll find yourself being followed by a dangerous tailgater. As aggravating as this can be, slamming on your brakes may only aggravate the other driver instead of making him or her back off, thus increasing the odds of getting into a wreck. Gently tap your brakes instead, assuming you can’t just move over and let the other driver pass. It’s better – and less stressful – to assume the other person is dealing with an emergency than letting anger get the best of you and making the situation worse.

Don’t forget to breathe. Driving in a work zone isn’t the best thing for the ol’ blood pressure, but remember that your aggravation is only temporary. Keep your eyes on the road and avoid using your cell phone or other distractions. Check out our blog on Washington’s new Driving Under the Influence of Electronics Law here, if you need incentive on that front.

You can find updates on current projects using the Washington State Department of Transportation website at www.wsdot.com/traffic. If necessary, leave earlier than usual take an alternate route. Maybe you’ll enjoy the change in scenery.