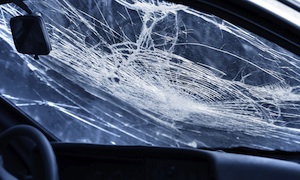 Our last blog was on the steps to take if you discover that your vehicle has been vandalized.  Naturally, if you’ve ever had your car keyed, broken into, or vandalized in one manner or another, you’re going to wonder what you can do to prevent another occurrence in the future.  Sadly, vandals are rarely caught which means that they are likely repeat offenders.  Some of these tips may seem obvious but the fact remains that thousands of dollars are spent on auto body repair due to vandalism.

·      Park Inside – Many people have a garage, but it’s used for everything but their vehicles.  Most vandals don’t want to work too hard, so if your car is locked inside a garage, odds are you won’t be the victim of vandalism.  If you have a garage, clear out and/or organize what’s inside to make room for your car.

·      Park in a Well-Lit Area – If a garage is not an option then park your car in an area that is well lit.  On the street, look for a street lamp.  At home, install a motion sensor light.  Vandals like to do their work in the dark and do not want to be seen.  A light will deter their interest in your car.

·      Install a Car Alarm – Car alarms can be very annoying, especially when any motion next to the car tends to set it off.  But having a quality system will definitely deter a vandal.  While most people seem to ignore the sound due to the above-mentioned reason, vandals will not stick around with that level of noise coming from your car.

·      Hide Your Stuff – Do not leave valuables or what appear to be valuables in plain sight.  Even if that computer bag is empty, it’s still going to be a temptation for a vandal.  So maybe they don’t get your computer–but you have a busted car instead–not good!

·      Avoid Bad Areas – Yes, this one is really obvious, but maybe you’re not sure if you’re in a bad area.  Make sure to be aware of your surroundings, look around, if you get a sinking feeling that people in the area may be less than honorable, park somewhere else.

·      Do Not Leave Your Car For Long Periods of Time – If a vandal notices that a car has been unattended for quite some time, it will easily become a target.

·      Be Nice – Well there are a lot of reasons to be a nice person, add not being vandalized to the list.  Don’t give your neighbors reason to think a little keying to your car would serve you right.

If despite your best efforts you fall victim to a vandal, read the steps you should take and of course call us, we’ll fix your vandalized car and soon enough things will be back to normal.

Use the quick links below to view details on our popular services: